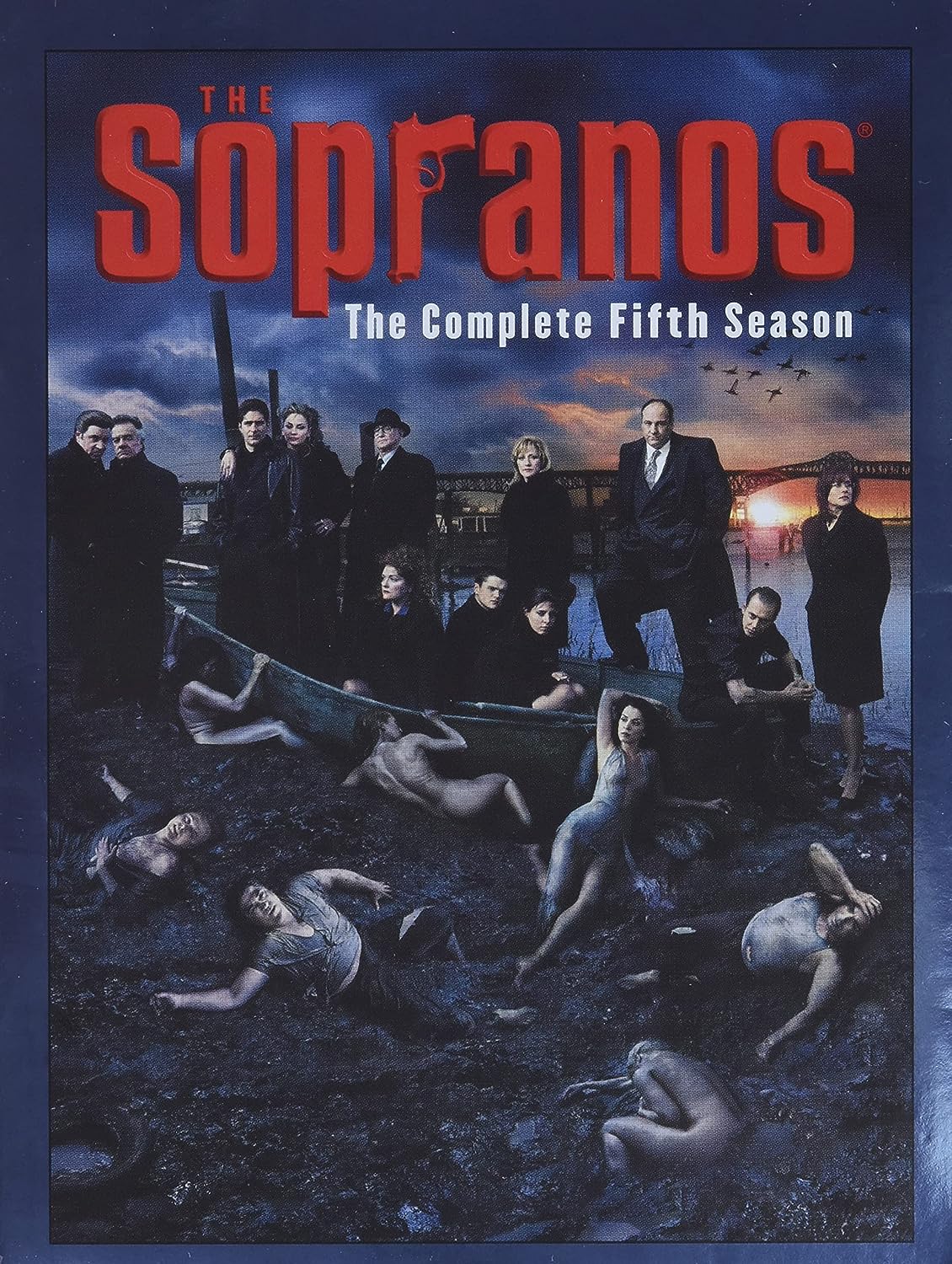 Facing an indeterminate sentence of weeks/months/years until new episodes, fans of The Sopranos are advised to take the fifth; season, that is. At this point, superlatives don't do The Sopranos justice, but justice was at last served to this benchmark series.
James Gandolfini as Tony Soprano in a not-so-nice mood For the first time, The Sopranos rubbed out The West Wing to take home its first Emmy® for Outstanding Dramatic Series. Michael Imperioli and Drea de Matteo also earned Best Supporting Actor and Actress honors for some of their finest hours as Christopher and Adriana. From the moment a wayward bear lumbers into the Sopranos' yard in the season opener, it is clear that The Sopranos is in anything but a "stagmire." The series benefits from an infusion of new blood, the so-called "Class of 2004," imprisoned "family" members freshly released from jail. Most notable among these is Tony's cousin, Tony Blundetto (Steve Buscemi, who directed the pivotal season three episode "Pine Barrens"! ), who initially wants to go straight, but proves himself to be something of a "free agent," setting up a climactic stand-off between Tony and New York boss Johnny Sack.


Carmela and Tony These 13 mostly riveting episodes unfold with a page-turning intensity with many rich subplots. Estranged couple Tony and Carmela (the incomparable James Gandolfini and Edie Falco) work toward a reconciliation (greased by Tony's purchase of a $600,000 piece of property for Carmela to develop). The Feds lean harder on an increasingly stressed-out and distraught Adriana to "snitch" with inevitable results. This season's hot-button episode is "The Test Dream," in which Tony is visited by some of the series' dear, and not-so-dearly, departed in a harrowing nightmare. With this set, fans can enjoy marathon viewings of an especially satisfying season, but considering the long wait ahead for season six, best to take Tony's advice to his son, who, at one point, gulps down a champagne toast. "Slow down," Tony says. "You're supposed to savor it." --Donald Liebenson

Explore More
For an even deeper immersion into the world of crime (movies, that is) see our guides to crime classics and our who's who compendium of famous mob bosses.